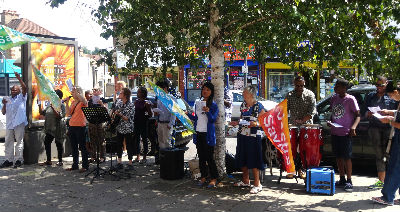 We are committed to spreading the Good News about Jesus as individuals and as a group. If God's message is touching your heart and you want to learn more about becoming a Christian, click here.

'Church on the Street' usually meets on Northolt Road at 12.30,  usually on the third Saturday each month.

Next 'Church on the Street' -

Come and share the Good News of Jesus with South Harrow!

Meet midday at the church / 12.30pm outside Iceland in South Harrow.
Scroll down for 'Church on the Street' photos and videos.

Church on the street   September 2016 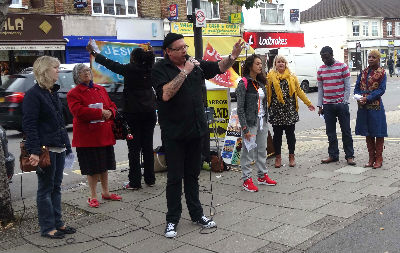 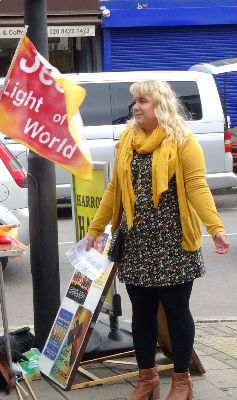 We met with church family, friends and visitors in the park for a time of praise, worship and testimony followed by drama and preaching on the story of Lazarus. (See photo video below)

Jesus said “I am the resurrection and the life. The one who believes in me will live, even though they die; and whoever lives by believing in me will never die. Do you believe this?”  The Bible: John 11 v 25 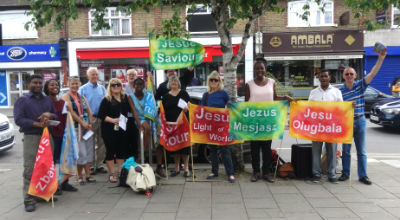 We are not ashamed of the Gospel of Christ because it is the power of God that brings salvation to everyone who believes. 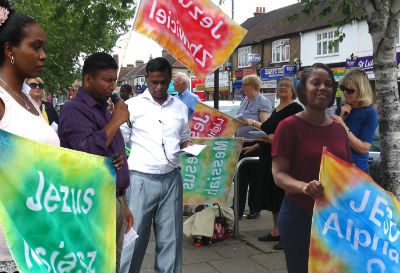 Let the name of Jesus be known and honoured in South Harrow! 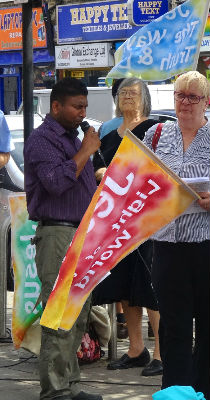 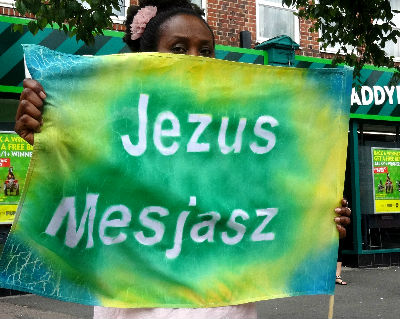 June 2016:
Celebrating the goodness of God!

Lifting up the name of Jesus in South Harrow 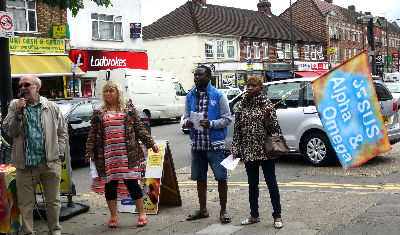 Bringing the Word of God to the streets 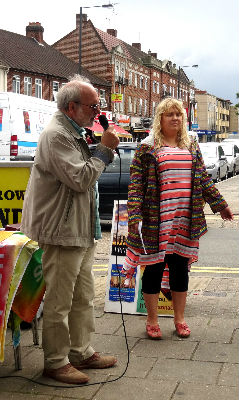 We had several opportunities to declare Jesus as Saviour of the World in South Harrow at Christmas, including being asked to take a carol service at the market. We also had worship and carols on the street and a 'Why Christmas?' evening. 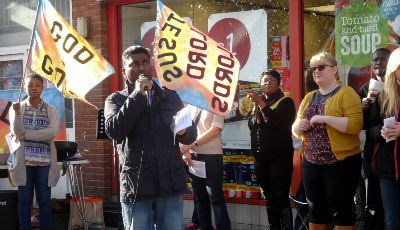 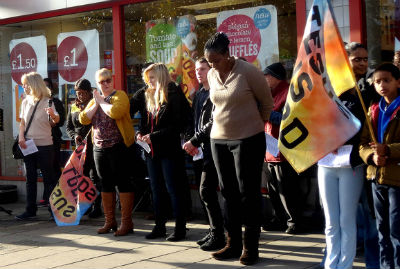 Praying God's  blessing on the        people of
South Harrow. 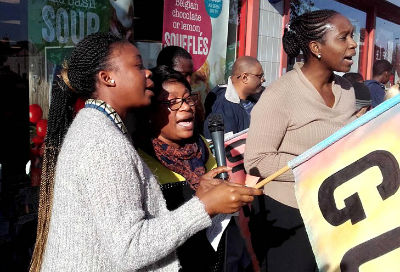 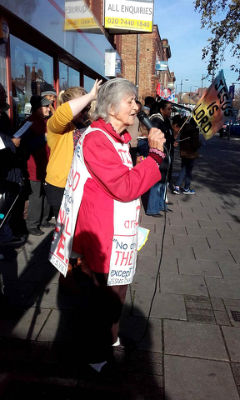 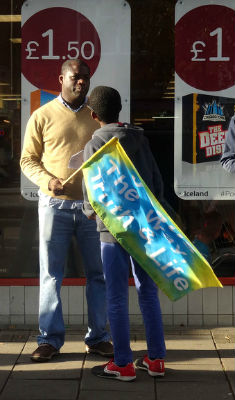 We had Praise in the Park instead of
Church on the Street in August! 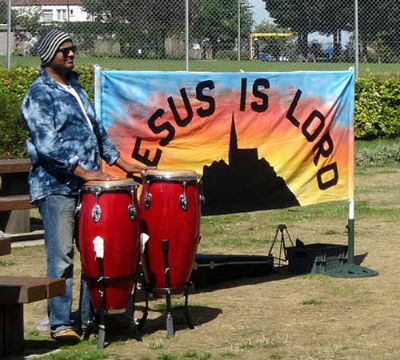 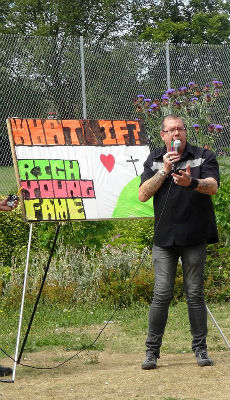 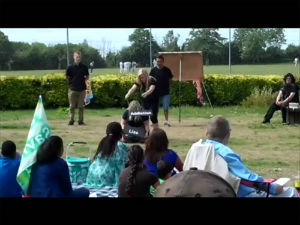 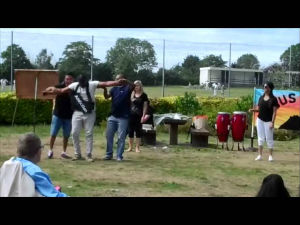 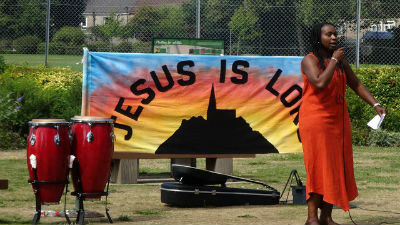 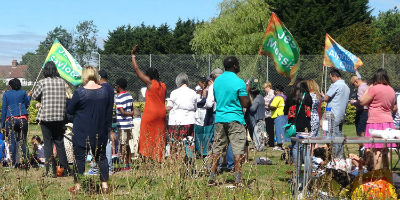 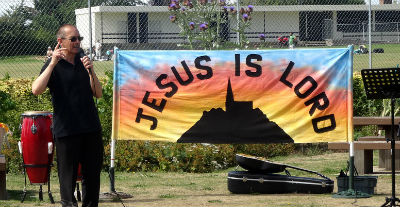 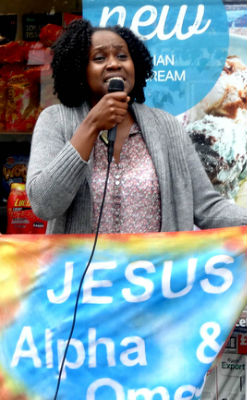 We had a great time of worship declaring God's truth, lifting up the name of Jesus and asking God's blessing on South Harrow.

It was very cold, but we had a great praise, worship and witness time asking God's blessing on people in South Harrow...... and we were blessed with sunshine and God's presence! 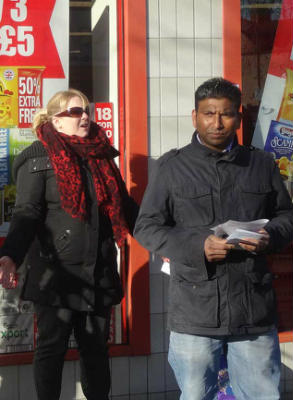 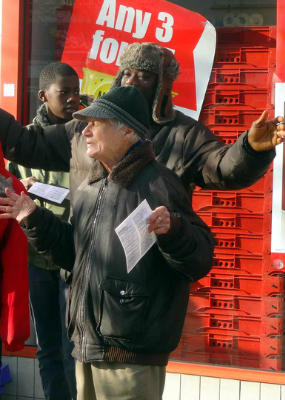 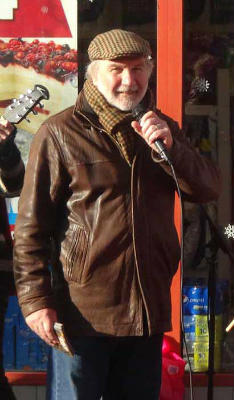 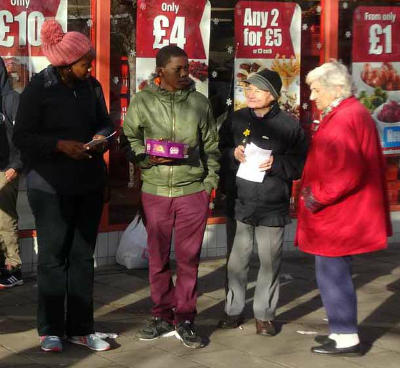 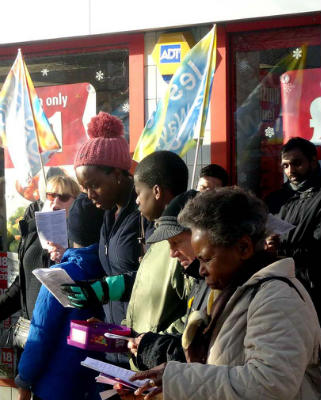